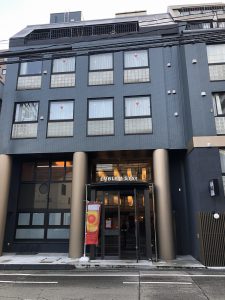 A unique hotel has come to Kanazawa from Tokyo. All staff members are fluent in foreign languages, and most of the guests are from overseas. On the fifth floor, there’s an event space with a kitchen that accommodates about 30 people for parties. But party-partcipants have to bring their own food and drinks. Sometimes it’s better to party at home than at a restaurant.

Senior citizens from the neighborhood were invited to the New Year’s party, and those attending included several prominent former local and national government officials. Which reminds me, it looks like we’ll have an upper house election this year, and there’s a local election, too, so 2019 is shaping up to be a political year in Kanazawa. 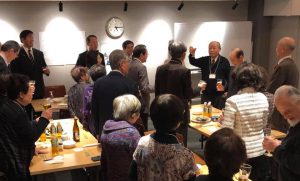