Despite his 60-plus years, my friend has the spirit of a kid. The other day we spent a few hours meandering around town, and thanks to his contagious attitude, I started feeling like a kid again, too. That’s why this middle-aged man and his senior friend, acting like adventurous kids, stopped to get a bite to eat at a completely unknown, slightly unusual eatery.

A block off the main street in Katamachi, we saw what appeared to be a small restaurant in a mixed-use building. It had an unwelcoming iron door with a sign saying “Shoku Do Ten.” There was no way to see inside, but in our boisterous state, we accepted the questionable atmosphere. We pushed back the heavy door and peeked in. 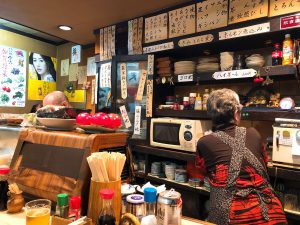 An amiable older couple greeted us, dissolving our initial apprehension. The menu items were written in beautiful brush strokes on pieces of paper attached to the walls. I had to ask about the calligraphy; the woman we were talking to had written them all by hand. She even handwrites the business cards. 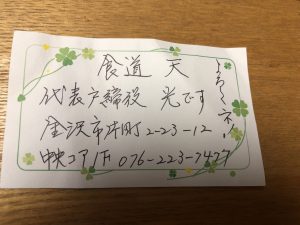 Customers, likely regulars, came in one after another. Seeing that many customers were ordering the sushi, I assumed that the chef had experience as a sushi chef, and I was correct. The sashimi was delicious. 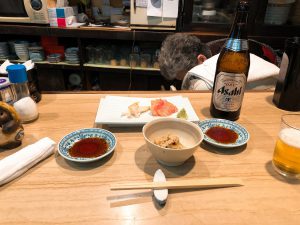 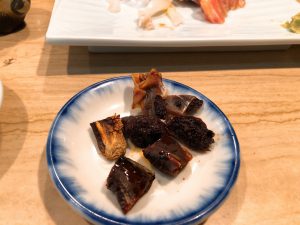 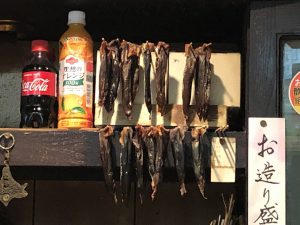 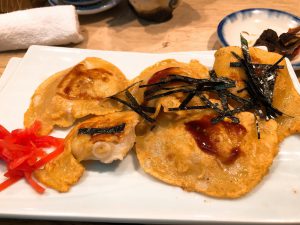 “Takoyaki” was on the menu, but I thought there was no way he made his own takoyaki, so I asked about it. The chef said he personally makes every dish on the menu, every one. I tried it and, sure enough, it was homemade “takoyaki.” I realized once again: “You learn something every day.” I’ll definitely have the sushi again next time.

「Love Is in the Air @ Bistro Vin Verre」